Life-force particles are pieces of you.

If you lose them or they get lost, you get lost.

If this has ever happened to you,
and you want to recover your personal power,
call or email us, we can help.


How Life-Force Particles Are Trapped and Lost

As an example, imagine this is the flow of the river of your life. Let us hypothesize that you came into this life with 2,000,000 positive life-force particles available. 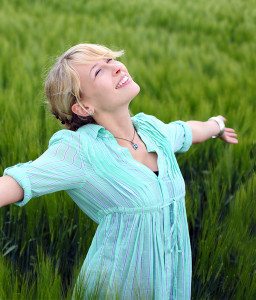 Life-Force Particle Recovery Coaching is the fastest and most direct method for releasing trapped life-force particles.

The basis of Life-Force Particle Recovery Coaching is finding and releasing life-force particles stuck in past, present and future situations.

The focusing of available positive life-force particles gives you concentration and horsepower.

The recovery and positive realignment of life-force particles would mean a gain in awareness, a gain in attention, a gain in the ability to get and have knowledge, increased memory, more powerful intentions and visions that manifest themselves faster and more accurately in the physical universe.

It means a more dynamic level of energy, aligned polarities, and magnetism that has the ability to attract the right people and things in the right time and in the right places.

It enables a person to maintain a higher cause level over his or her life and operate at a much higher mood level, and loving and being loved by many.

One also would have a greatly increased level of intelligence, allowing that person to live a much smarter, more successful life.

WHAT ZONE ARE YOU IN TODAY?

Giving and getting
what you want

Sometimes giving and getting what you want

Not giving and getting what you want


The PERSONAL ZONES PROFILE will help you identify and understand who you are, what you are, what game you are playing, and what your future success potential will be.

Your level of success, prosperity, and happiness and the quality of your relationships depend on what Zone you are in. The ability to understand the Zones, their attributes and behavior will give you a tremendous advantage in your games of life.

Powerful, successful, prosperous and happy people choose the most optimum, worthwhile life games to play. They don’t waste their time trying to reinvent the wheel, they look for proven systems and strategies.

Go to the Store

Definitions of the four major ZONES OF LIFE:

You are at cause over life-force particles and time, space, objects, people, places, events, subjects, motions, whos, whats, wheres, whens, hows, and moods with responsibility and ownership.

You have probably experienced times when you could do no wrong.

Golfers have said it was as though the golf ball was on a beam and the hole was the size of the Grand Canyon.

The quarterback seems to have all day to throw the ball, or the running back seems to be like lightening and the defense is in slow motion.

Salesmen hit pockets of sales and can increase their income 100 times.

All have entered the Golden Magic Zone.

This is someone who is in the right place at the right time, making things go right.

This person is living their dream, connected to the right whos, whats, wheres, whens, hows, whys, subjects, patterns, and intentions, and has high mood levels, correct orders of importance, and accurate estimations of value.

They are knowledgeable about subjects and things; have high people, communication, and life skills, and operate on knowledge and truth.

They positively guide and direct communication, resulting in them being happy, healthy, wealthy and successful.

They observe, evaluate, and operate, using the correct orders of importance.

The majority of this person’s life urges are in the Green Zone.  This person has an abundance of positive life-force particles.

This is the “daily grind” or “rut” where the person doesn’t take risks but works only for security.

The Yellow Zoner has good subject skills, but poor people handling and communication skills are the norm.  They operate on preconceived beliefs in the conservative comfort zone and are often bored.

This person tends to generalize the who, what, where, when, hows, whys of life, and inaccurately manifests real moods.  They operate mostly on automatic, directing the flows of life-force with preconceived ideas and habits.

The Yellow Zoner is not sure of what is important and what is not important.

Some of the Yellow Zoner’s life urges, such as handling things, places, and subjects are in the Green Zone; some — relationships, career, family, sex, and handling people — are in the Red Zone.

FUTURE POTENTIAL: Mediocre.  Has some small successes.  They will have trouble handling the massive changes of the future.  They are playing mediocre games.

This is someone who is in the wrong place at the wrong time, connected to the wrong whos, whats, wheres, whens, hows, and whys.

They have poor or destructive people handling and communication skills, and distrust of people is prevalent.

Wrong data, fixed ideas, prejudices, and the use of knowledge as a weapon abound.

This creates opposition and attacks; thus there is no happiness, no money, no space, no time, but lots of failures.

A major portion of life urges, such as relationships, careers, associations, family, sex, people, places, things, and subjects, and the person’s ability to handle time and space are in the Red Zone.

All of this person’s life-force particles have become negative, being trapped in past, unwanted experiences.

At the Red Zone level, life-force particles are completely unreal and worthless.

A Red Zoner is in complete denial and will oppose anyone who attempts to make them aware that life-force particles exist and have value.

FUTURE POTENTIAL: Disastrous.  There is failure, poverty, and unhappiness because they are continuously playing the wrong games in the wrong place at the wrong time with the wrong people.

WHAT ARE THE ZONES?